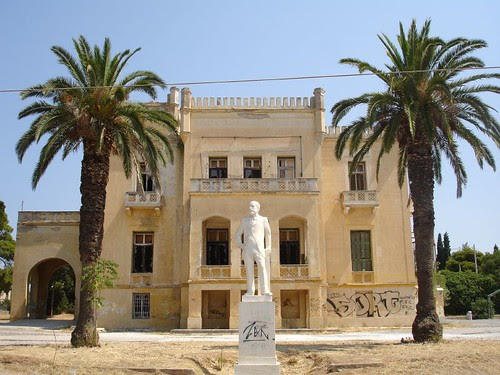 One might say that this magnificent (but, sadly, completely abandoned) villa is somewhere in north Africa. Actually, it's the summer house of Andreas Syggros, one of the wealthiest Greeks of 19th century and one of the largest donators of the state. The house, a work of Ernst Ziller, was the place where all athenian high society and the royals would frequently go, and is near Marousi and Kifissia. 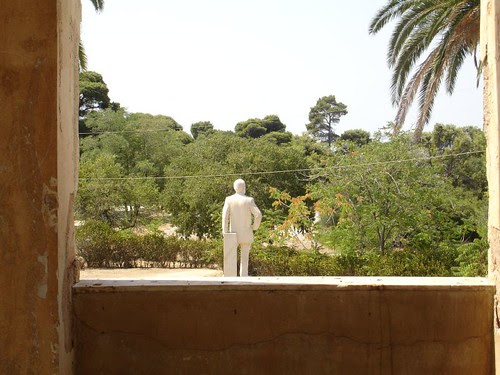 Despite the deceitful first photo, the house is situated inside a large area of 900 stremma (about 90 hectares or 225 acres) of forest. It's the largest natural forest in Athens area.

Syggros died in 1899 and his daughter donated the whole property to the greek state in 1921 under the term that no other use apart from educating farmers, foresters and agronomists would be allowed. That's why the forest remains intact and is open to the public. There are some schools also in the area, and a small open air theatre.

Unfortunatelly, the house remains in bad shape, vandalized and with no use whatsoever. Pity for such a piece of art...
You can visit from Marousi metro station (Green Line).
Satellite photo from Google Maps
Posted by Ovelikios at 11:28 PM

It's sad that such a beautiful house is taken over by vandals...hope someone restores it to it's original glory

almost 5 years in athens, i didnt know the existence of this place.
thanx ovelikios :)