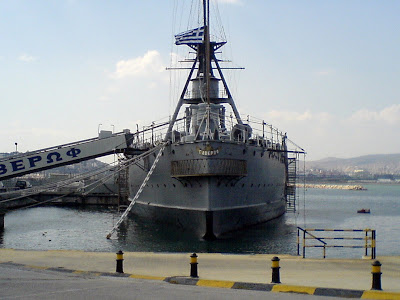 Georgios Averof is a Greek warship which served as the flagship of the Royal Hellenic Navy during most of the first half of the 20th Century. It is an armored cruiser and the only such ship still in existence.

Today serves as a museum and is docked in Faliron.
In Wikimapia
A photographic tour
Naval Museum
Detailed history of the ship
Posted by Ovelikios at 9:13 PM